A downloadable game for Windows

Little Goopty-Goo wants leave his life in the tower, he will need to stomp on goo squares and make sure to not break that squishing combo if he wants to get out any time soon.

Goopty Goo is game inspired by the floor is lava and squishing enemies in mario games. After you stomp the first goo square in each room you can't touch the floor until you have squished all the goo in that level.

This game was a lot of fun. I really liked the way bouncing off the little jello cubes felt. I'm a high school student doing a project on pixel art; may I send you three short interview questions on pixel art and why you use it in your games?

Thank you.
-A small herd of strangely colored elephants with an unusual form of locomotion in a trench-coat

Thank you and of course, I would be happy to answer any questions! If you don't want to send them here you can send them to my twitter or discord: Dylan🎃#4886

Great, thank you very much. Here are the questions:

Why do you think that pixel art remains a popular option for video game graphics?

What is it that you like about pixel art compared to other video game art forms?

How has pixel art changed since you started creating with it?

- a tiny swarm of purplish pachyderms masquerading as a person

1) It looks very crisp and is easy to read, high res pixel art like “Tough Bippy” by Wan!Wan! Games look excellent with the clean pixel art. While the flash animated versions of the sprites would also look excellent the pixel art helps the player easily see how the player is interacting with the environment. Collision boxes can be much easier understood which is important for a fighting game too. I also think it isn’t being held back visually by using pixel art because it looks just as dynamic as it could in any other art form.

I think it’s also used as a beginners art form since it seems deceptively easy even though I see many games I don’t like the look of that use pixel art. Many games artists don’t understand colour theory or antialiasing and try to overcomplicate things by using skills that they have not practiced enough. Undertale and Downwell are good examples of successful simplicity where there isn’t too much unnecessary detail which if done wrong could’ve made the game look worse. I’ve only recently gotten over having mixed mediums in games like pixel games having hd text boxes. But as long as a game is consistent in it’s style I’m a little more loose about them breaking these “rules” I have got stuck in my head. Like not mixing different pixel sizes across different sprites.

2) I love being able to be very precise and having the option to clean up a sketch very easily. It is as versatile as any other art but takes less precision since you don’t always need to be trying to get that perfect line as you can go and manually tweak it pixel by pixel after the sketch.

3) I think game wise the current releases focus less on trying to cash out on “nostalgia” by having a very similar art style to a classic retro title. And sometimes they try to get away with bad art by saying it is retro when in reality older games have had very beautiful pixel art.

It also doesn’t have the same bad reputation that it is a lazy art form with more beautifully, well done sprites being featured in games. A recent indie game hit “Grapple dog” has a very clean style that just would be just as good if done hand drawn or vector art but isn’t being limited visually through the form of pixel art but has all the benefits of being a little easier read with it’s crispness. Which also can be upscaled to larger screens easier than some other art.

Pixel art had it’s limits pushed many years ago when it was the only option for games and now the only difference is how trends in the medium change, I hope to see more 3d games using pixel art textures in the future!

Wish there was an option to use arrow keys + space / Z or to rebind keys, but the game still gave me ~15 minutes of absolute bounce satisfaction! Thanks :)

That was so fun, I need more!!

Thank you! I have been considering making more levels but the current build is broken when I transferred it to the new game maker update, I might go back and try to fix it and add more levels if I can figure out the bugs.

A really cute and fun game! Has a bunch of good levels!

Cute little game. It's so satisfying when you jump on a bunch of goo squares! 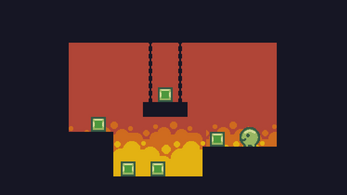 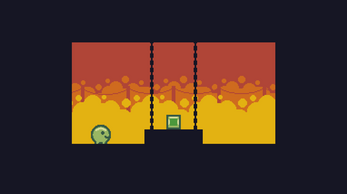